codimg is hard and idk js so this is layed out a bit weird... anywey i write here *fard*

i wore a kuro coord today and went to town with my bf and got a peach ice tea and then we went to the local game store and he bought me a little surprise pack with a random sylvanian family halloween baby in it and i looked on the back and was like omg i hope its the ghost kitty and i opened it and it WAS THE GHOST KITTYY!!!!!!!!!!!!!!!!!!!!! im so happy hehe its so cuuuute today was nice ^-^ 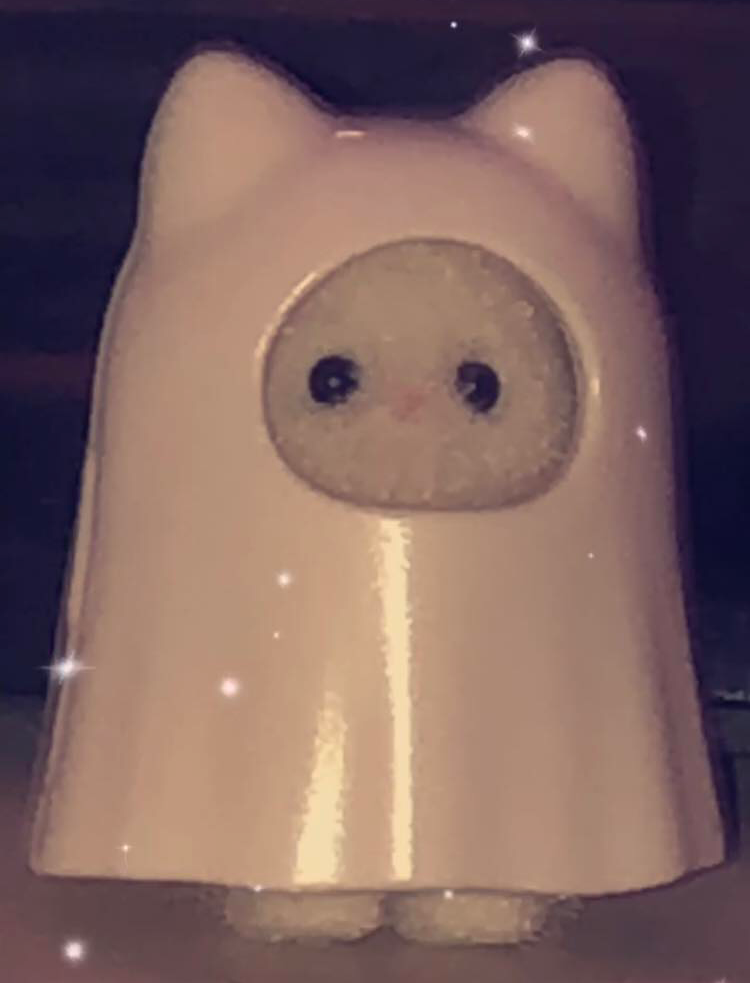 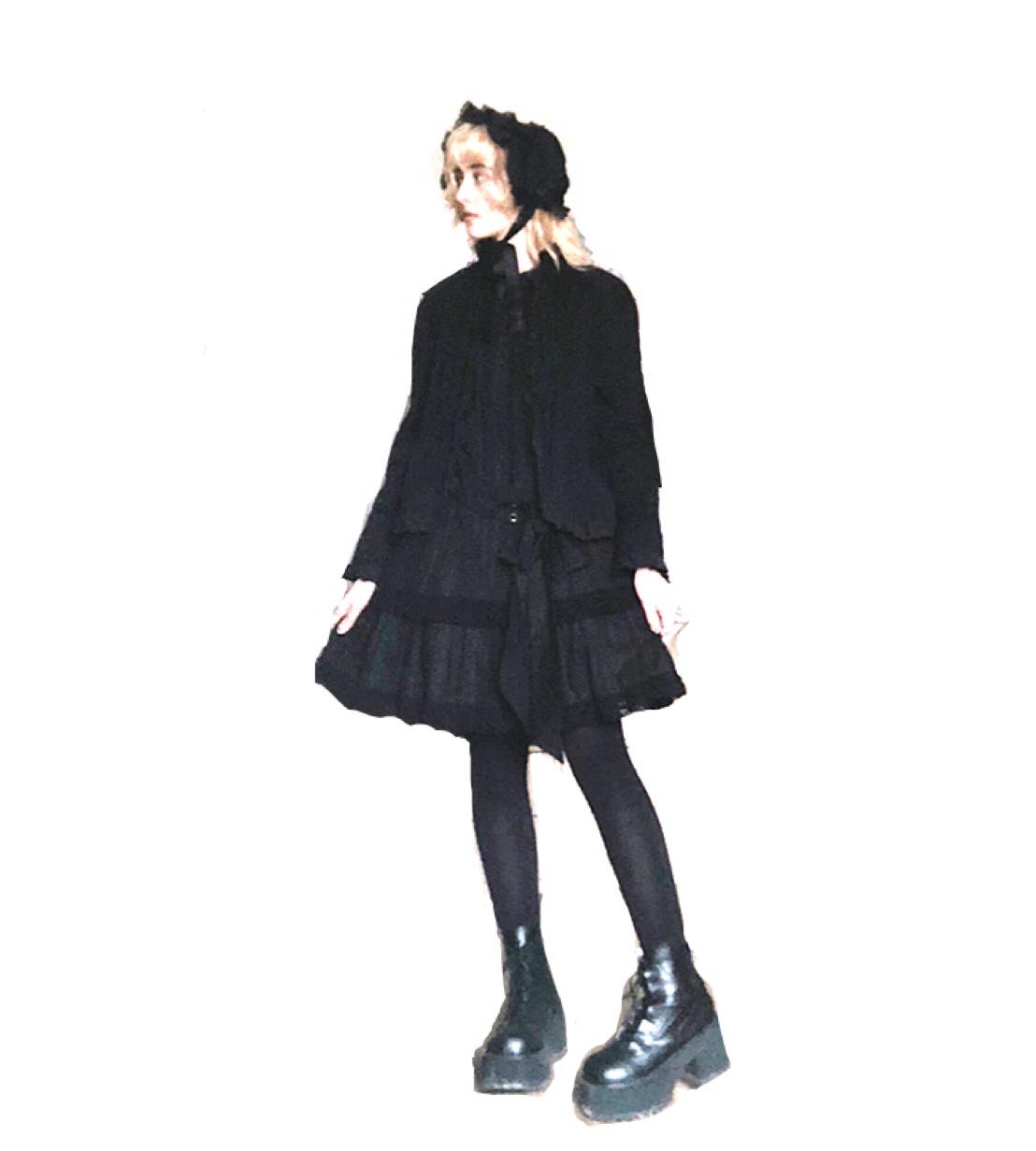 hmmm this week has been good and bad.... i went to the city with my bf and wore my favourite OP and got strawberry bubble tea (they didnt have peach which is what i always get) and it was nice. ummmm also two days ago i went into the city again to see a van gogh exhibition which was very beautiful and nice. also in one of the rooms the visuals became all flowy dark blue and violet and i realise those colours really remind me of my boyfriend... idk if that makes sense haha. i just remember immediately thinking "thats u" when i saw it around me. anyway after that we got sushi and it was super yummy mmmm but then we went into a clothes shop and looked around for ages and. i found something i wanted but we saw a costa IN THE STORE so we went in and my bf got a drink and i started getting a horrible pain flare and immediately just wanted to leave so we went out the side exit but the security guard by it was like hold up whats that and i realised i was HOLDING the thing i wanted to buy earlier and it very very very clearly looked like i was stealing GFKJGKFGKD. and i immediately knew that so i didn't know wtf to say. 'uhhh im not stealing bro promise' when i was literally about to walk out with something. anyway i told him i was 16 so he wouldnt call the cops and he just made me go to the checkout to buy it. and i was so upset and embarrassed i just completely clammed up, there is no way to explain that kind of thing away... and i like to go in there a lot so now i'm bummed out about it because i know i will get followed around whenever i'm in there from now on... i really hate being like this LOL. i have accidentally stolen a lot, this is the first time someone has noticed though... usually i don't notice until ages later. anyway this event really stressed me out so im complaining about it here :^) btw the item turned out to be 4 sizes too big. but obviously i can't return it because they will be like 'this kid is boosting wtf' and i really will get arrested. man imagine trying to explain this to cops. fucking christ. maybe that's the good i should focus on, that i was smart enough to lie about my age so i wouldn't have to deal with that... ahhhh pain. pain and suffering.

jesus christ anyway enough of dat today me and my boyfriend went for a walk on a quest to find a pink monster. none of the shops we went to sold them!! then i went to the post office to send an item and they had some there of all places... i saw some nice flowers on our way around the shops though. some schoolkids laughed at me i think because i was dressed girly. yeah laugh it up you little scrotes at least i don't have to wear a school uniform 5 days a week. or any uniform for that matter because i'm ♥ a government sponge ♥

i bought some shit 2day because i have poor impulse control and WW updated and there was usa-chan SLIPPERS!!! and WW is having free shipping and paypal pay in 3 was an option. i also bought an innocent world OP ive had my eye on for months.. actually i bought two because i found the pink colourway like, 5 pages deep in the sale section and i was like ZOO WEE MAMA!! and bought both. i hope they fit well on me or ill kms.

speaking of zoo wee mama i watched diary of a wimpy kid last night. rowley fregley and chirag are portrayed as unbelievable lame but you know what if anyone did the same shit in like, college or something, EVERYONE would want to be their frens fr.... like yes wearing an obnoxious poncho is based. and yes i do want to see your strange freckle.

the usa slippers that tempted me to my fate :^( 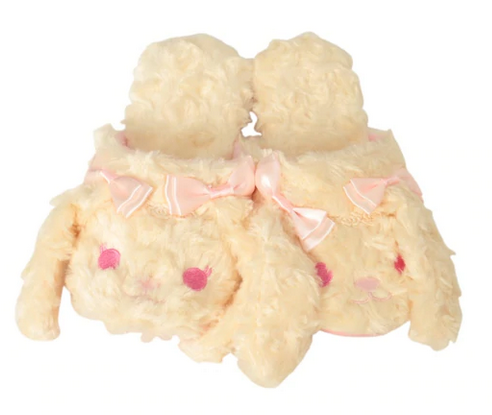