codimg is hard and idk js so this is layed out a bit weird... anywey i write here *fard*

hohohohoh i see rammstein today >:]]]] i decided i will wear gothic lolita and i bought some angel wings because engel was my fav song of theirs when i was younger hehe. 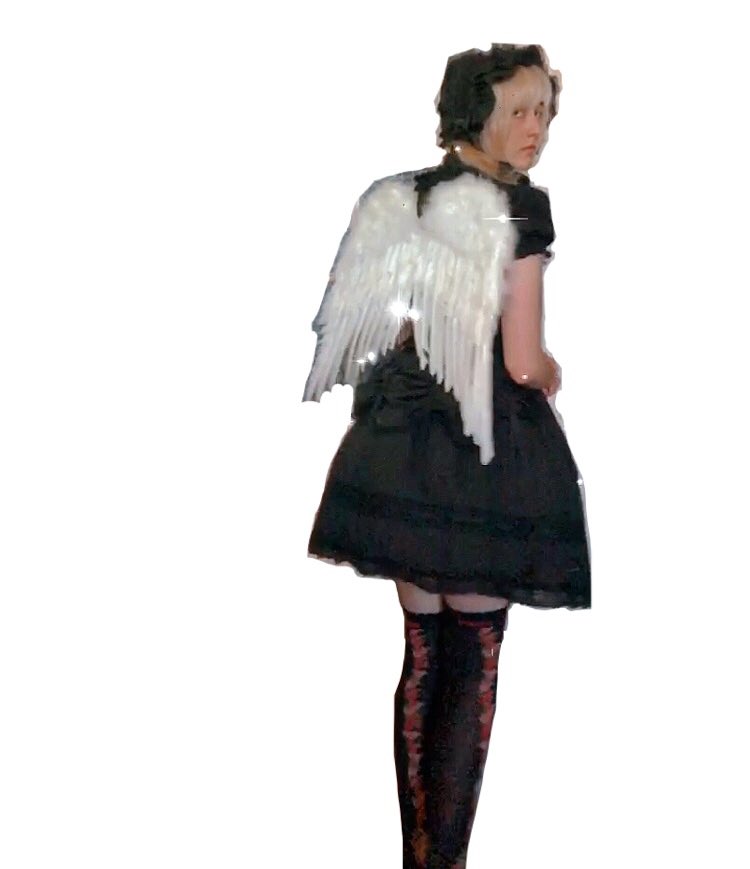 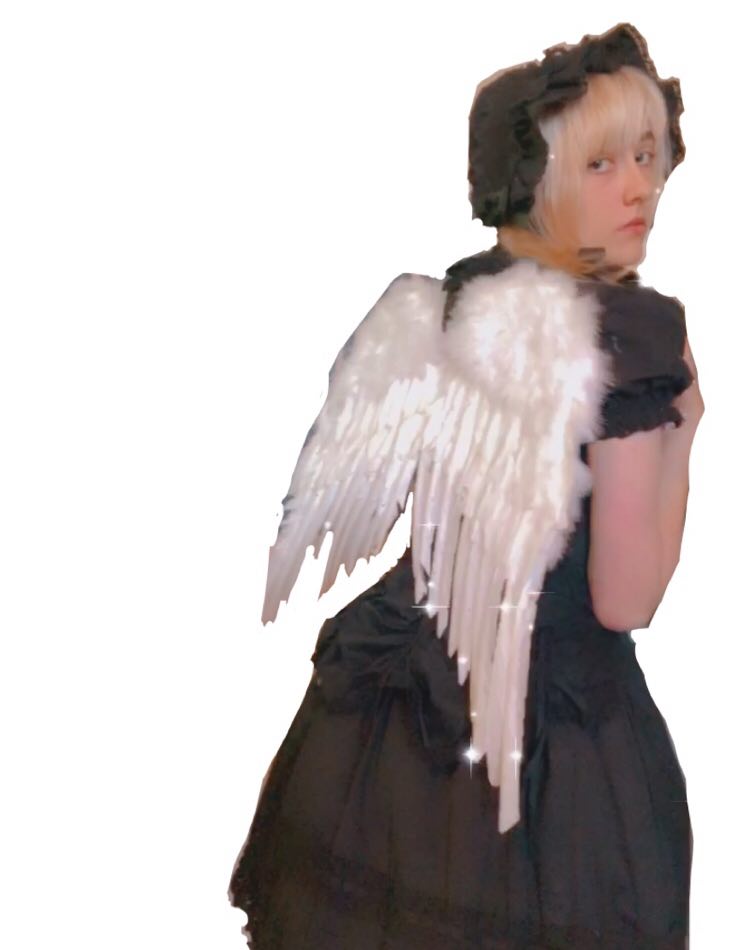 decided to throw a casual coord together because i really wanted to wear my new op :'3 i had to change out of these shoes though, theyre offbrand rhs and theyre so hard to walk in bc if you step on like, a tiny little pebble, u break your ankle..... im way too clumsy for that shit man i do really want some good rhs though! i hope i can find some that wont endanger my bones so much ;__; anyway my coord! 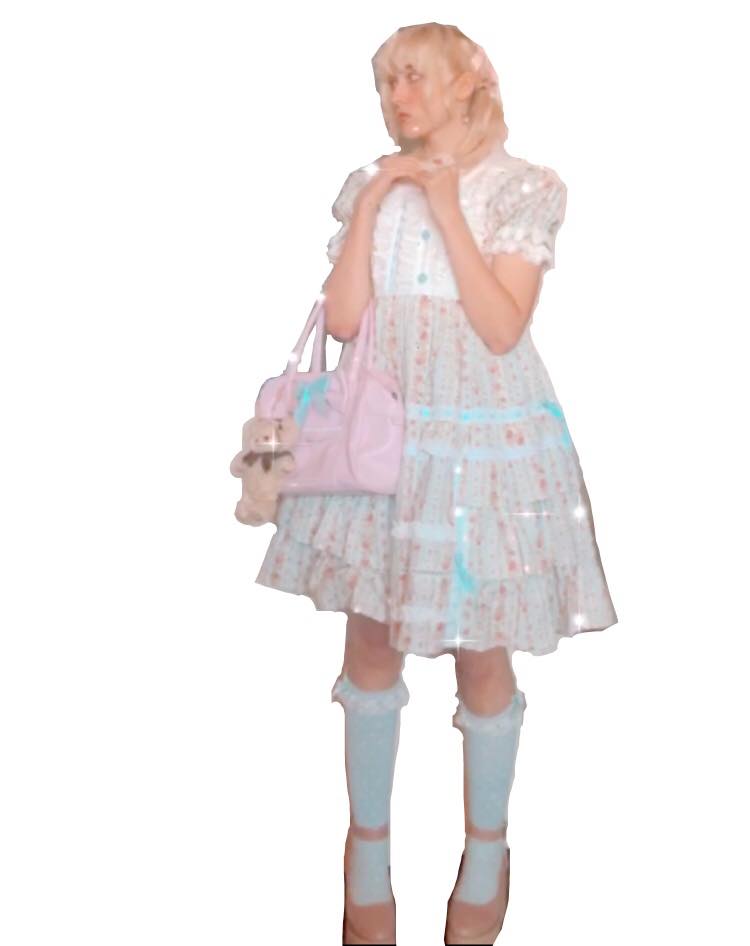 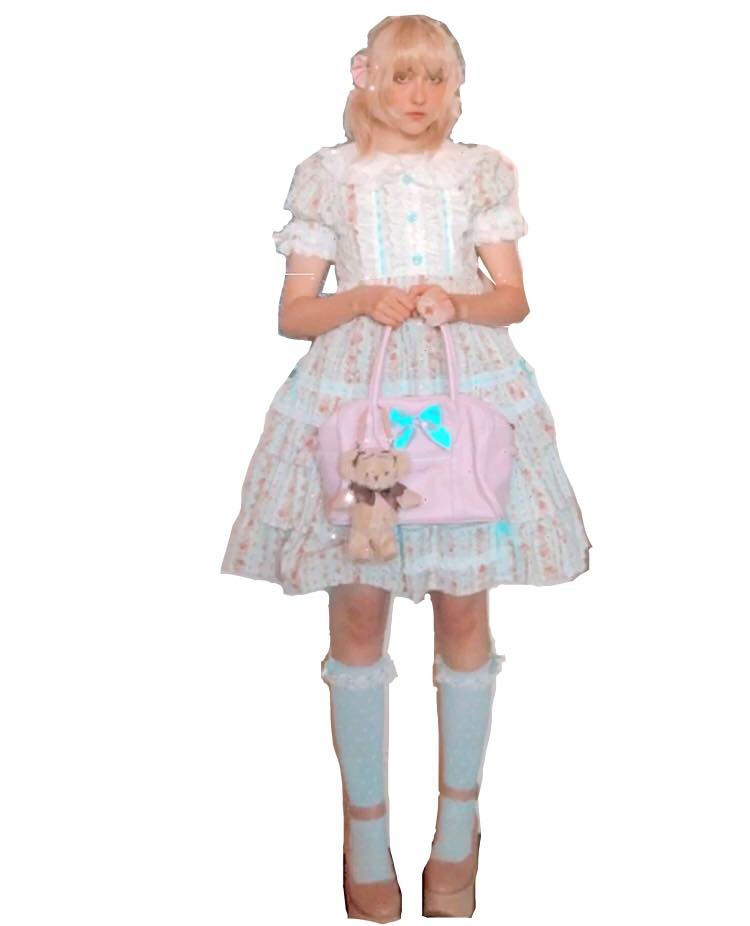 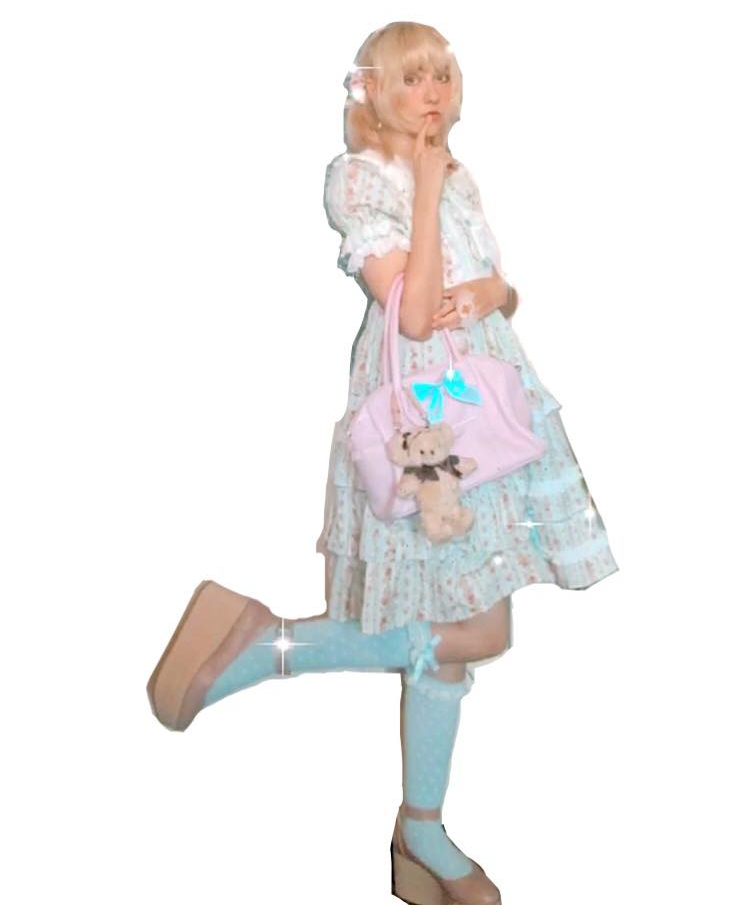 dream dress arrived!!!!! but not before they charged me NINETY FIVE pounds for delivery fees. :'] fucking UPS. they told me it had cleared customs, they really leave it til the last minute to tell you they're holding ur package hostage lololol,, had to pay for it out of my rammstein funds... oof. since wunderwelt started their free shipping thing it's gotten MORE expensive since they only seem to ship with ups. no more ww for a while i think .. id rather pay £30 for shipping than deal with fucking UPS :']

the coord i have in mind for my dream dress is gonna take a lot of time to get but i think itll be worth it :'3 i love it so much.

its been so hot lately. today my dream dress cleared customs without any fees by some miracle ;0; last time they made me pay more than 50% the price of the whole package.... it's arriving in a few days i'm so excited :3 but also a little on the fence about what shoes to wear with it. lmao.

i think when i next get paid i will buy an usakumya ♥ i really want a white and blue one but only the backpacks seem to have that colourway, and i prefer pochettes... plus the backpacks cost so much :'3

im also going to see rammstein live next week!!! they were my first favourite band and i'm so happy ill be in the same airspace as them hehe. i'll probably be miles away from the stage but im excited anyway :'3 idk what to wear, i hope they have a merch outlet there also!!! i saved a lot for it.

by some insane miracle, one of my EVEN BIGGER DREAM DRESSES FUCKING SHOWED UP ON WW THE SAME DAY!!!!!!!
it was even more expensive than toy fantasy was but considering it's one of my top three dream dresses AND it was released only once in 2002, and i NEVER THOUGHT I WOULD SEE IT, EVER!
I BOUGHT IT AND NOW IN LIKE A MONTH OR SO I'M GONNA OFFICIALLY OWN MY DREAM DRESS T0T i had such an adrenaline rush when i bought it that i got really nauseous and thought i was gonna throw up LOL

anyway i am the luckiest little lad on earth and i'm SO EXCITED :D HERE SHE IS HERE'S MY BABY: i have been so very sleepy since getting back from london, i forget how easily fatigued i get. it's like if i am active for just two days i have to pay for it with two weeks of fatigue and extra pain :'3 my condition could be much worse but i hate being disabled.

anyway i'm excited to get paid because all of a sudden multiple dream dresses have shown up... they will probably sell before i get paid as usual. maybe that's a good thing for my finances but still LOL i want them all so bad. i've put up quite a few of my OPs up for sale. i'm trying to expand and downsize my wardrobe at the same time lmao. i'm proud of myself for letting go of the items that i don't wear or appreciate enough, so i can work towards a more cohesive wardrobe with pieces that actually bring me joy to see and wear! i used to have a habit of just buying cute shit cause it's cheap... doing this, you end up spending the same amount of money as you would just buying a few more desired (and expensive-er) pieces, but without as much satisfaction i think... if i spend on pieces i actually have been wanting and would be gratified to own, my wardrobe will take longer to build but i won't get as overloaded with stuff that doesn't actually work for me u know? slow and steady and stuff :3

anyway oh my god dream dress in desired colourway WITH the headbow... it's a little more expensive than i usually go for but it's one of my absolute top dream items so fuck it i might actually get it. if it's still available later LOL orz

it was so fun. i havent been to london since i was like 14!! i saw machine girl live and they were very epic :] the opening band (meth math) was amazing too, i love finding new music to listen to hehe :3 i even met another lolita at the gig although i wasn't in lolita at the time myself (a good thing because it was SO HOT i sweat my shirt right through ew) and i forgot to ask their instagram or anything rip. here's a cool vid with clips from da show! (not mine) and heres me and my bff at da show: 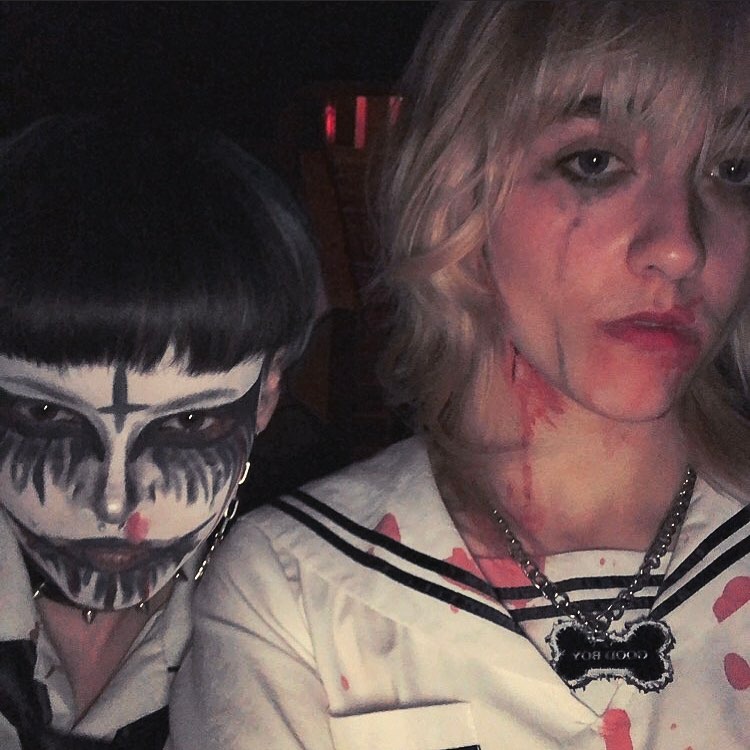 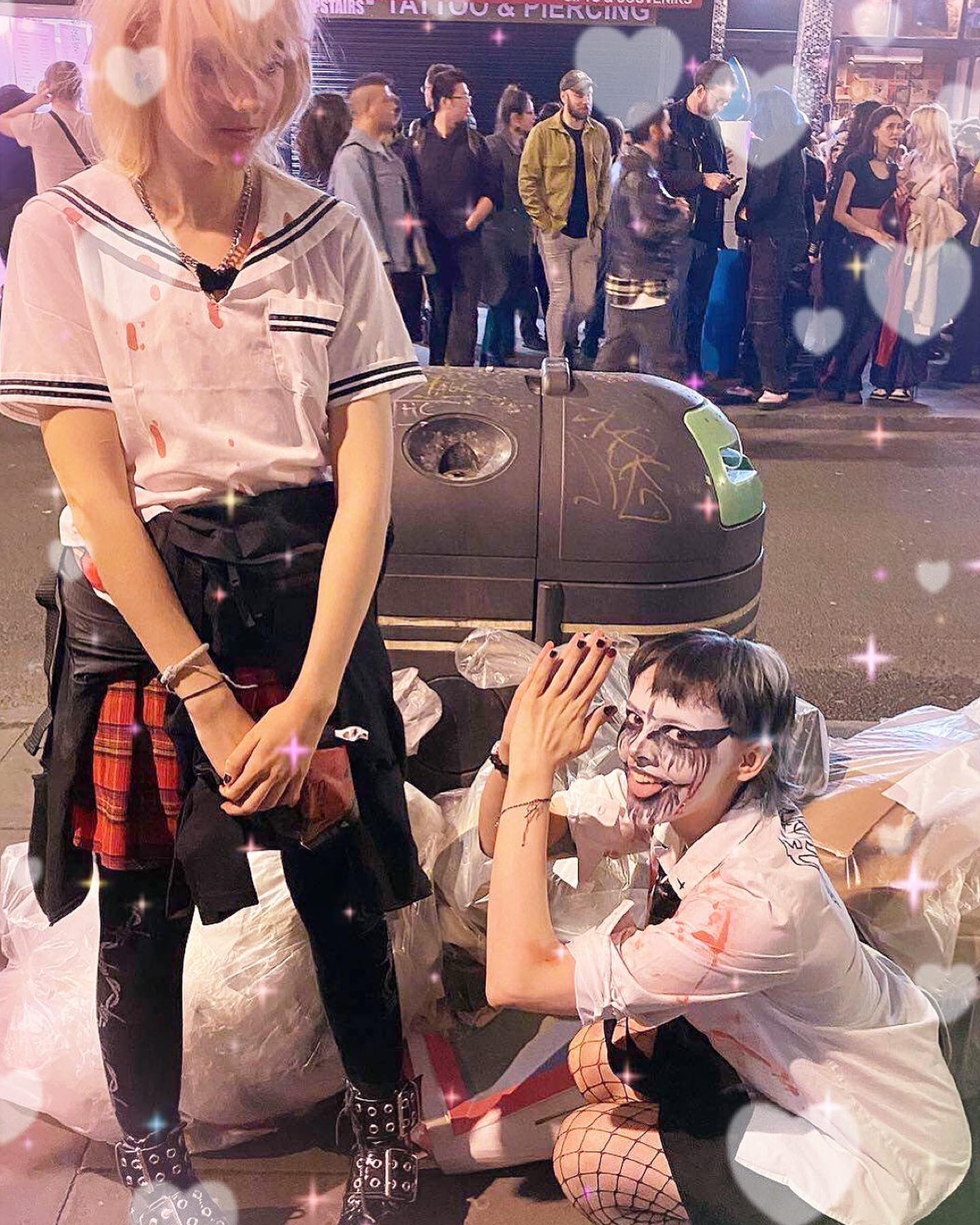 we stayed right in the middle of camden and it was gr8 :] i think the cyberdog store is my fav place on earth actually. i wore kuro lolita all day and it was so hot skkdkjdkjs especially on the tube. i ate only avocado maki for the whole day because there's an itsu outside basicaly every station and i have bad self control... it's my favourite food and my favourite food place ha... one shitty thing that happened tho is my demonias fucking broke.. my favourite shoes too ;__; the sole started coming right off, this happens with all my demonias it's very sad. they didn't get too bad because i bought a pair of new rocks to change into (expensive as fuck but worth it even tho i had no money after,,) but i'm still wondering how i could fix them. sad. anyway here's some pics from camden :^) 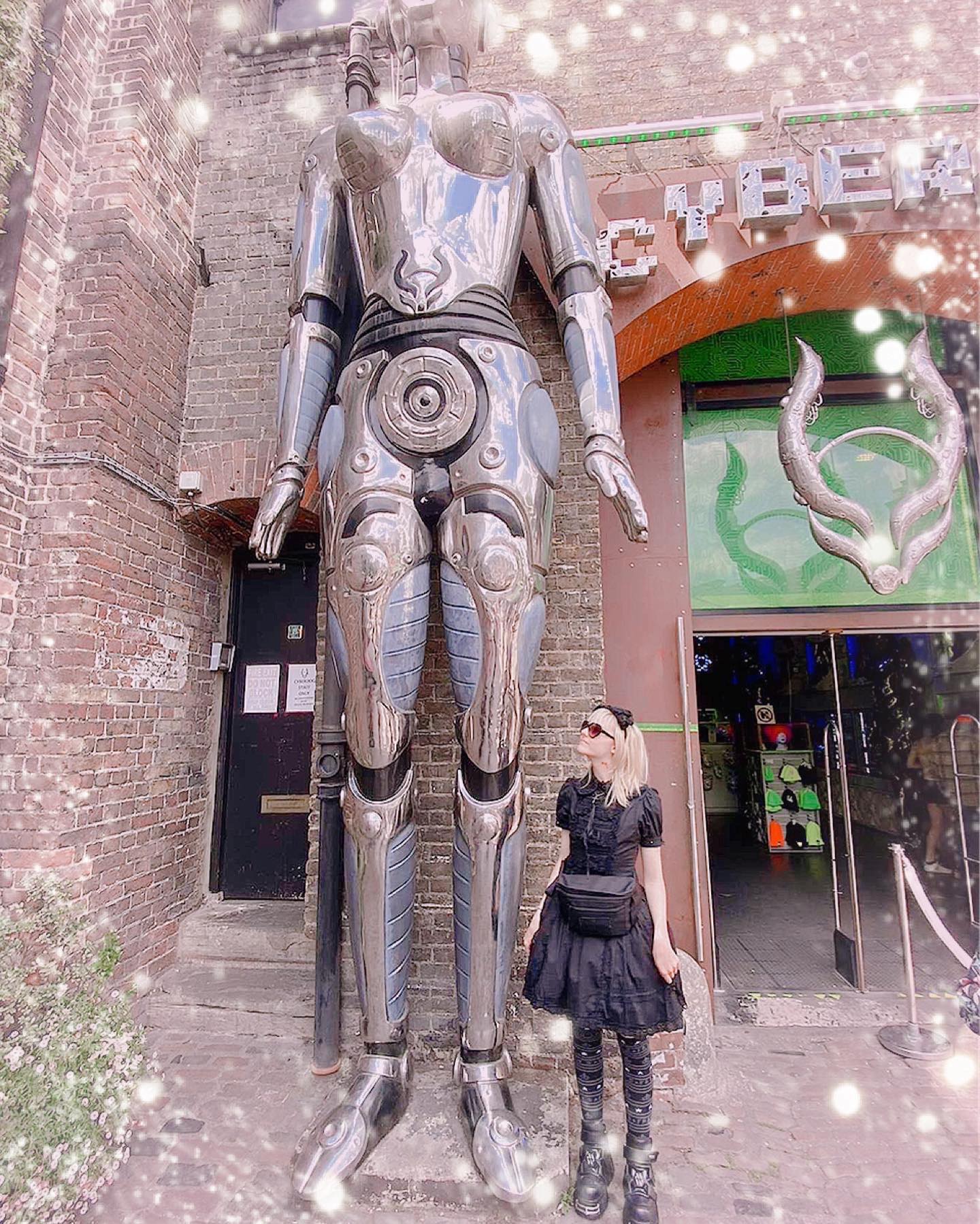 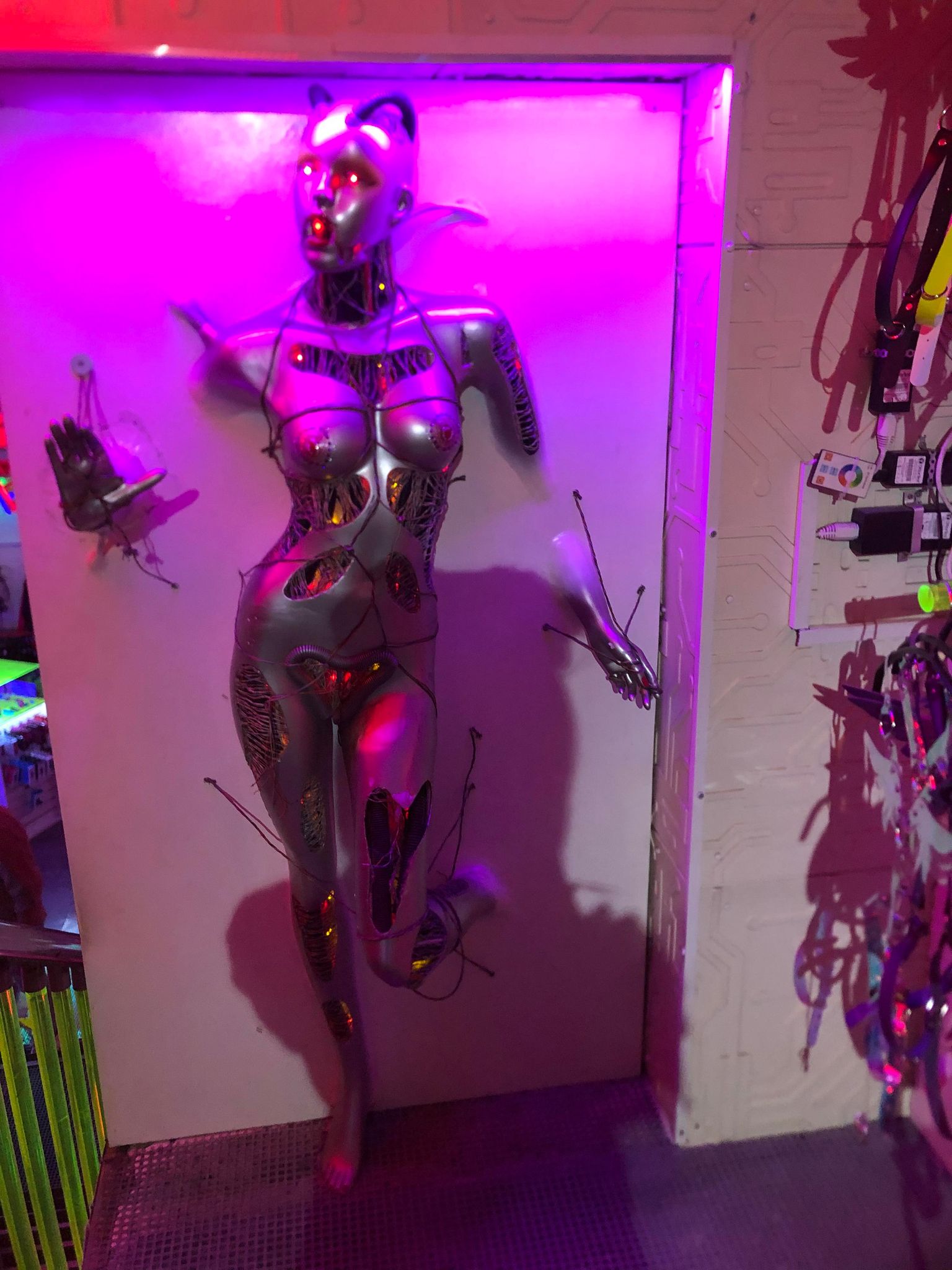 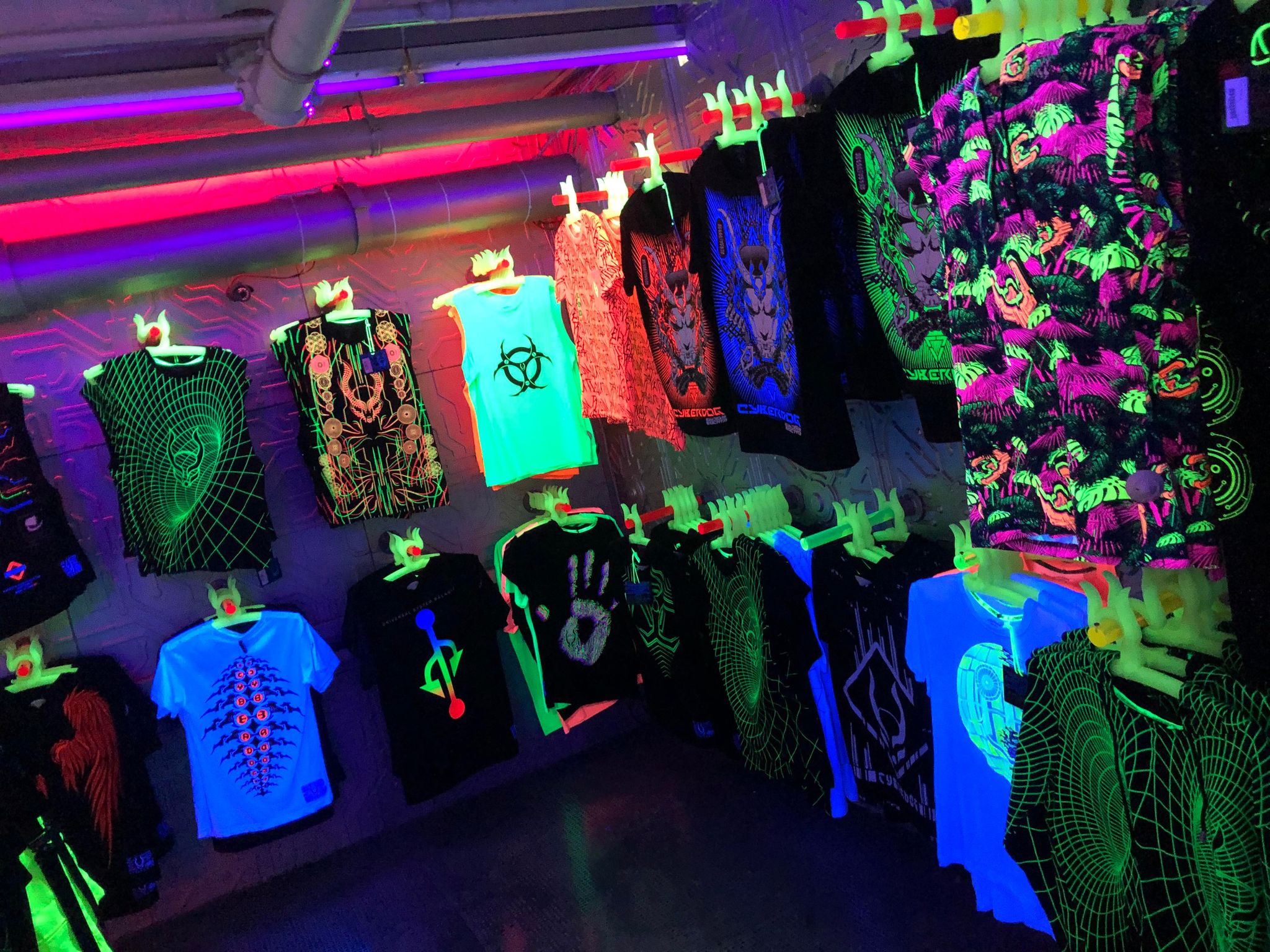